BUDAPEST IS ONE INSTAGRAMMABLE CITY

So much in fact, that it can be hard to pick the most Insta-worthy spots to photograph.  Here’s a look at some of the most beautiful places in the Hungarian capital to feature on your feed.

With some of the best Art Nouveau architecture in Europe, sweeping city views, old world charm and eclectic bars, scenic Budapest has no bad angles. There’s a lot which makes it an Instagrammer’s dream destination, no wonder that our capital became one of the most photographed city in the world. Nevertheless, it is not always the easiest to find the best spots to make that perfect shot, especially if you want something out of the ordinary and not something that you have seen already many times on other people’s feed. So here are some of budapestUNDERGUIDE’s favorite spots from all around the city. 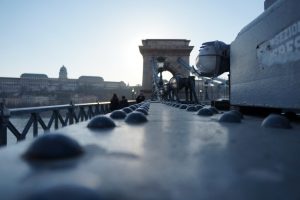 Based on a list of Traveller magazine, the Chain Bridge in Budapest is the fourth most beautiful bridge in the world.
Apart from being very elegant and attractive, the bridge offers magnificent views of the Danube and the Buda Castle. 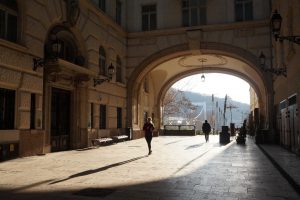 This popular meeting place lies right at the foot of Erzsébet Bridge and the oldest church of Budapest.
Locals most likely sit on the grass and benches while chatting away with friends. From here, we have
a great view of Gellért Hill with the Citadel and the Liberty Statue, the Buda Castle and the Danube itself. 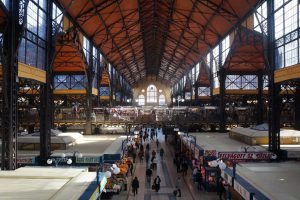 Budapest’s Great Market Hall – opened in 1897 – is the largest indoor market in the city.
The 120 years old building is an ornament of Budapest, it was its era’s most modern building,
and it was even chosen the „Best Market in the World” by CNN Travel in 2013. 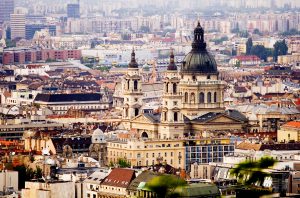 While St Stephen’s Basilica is undoubtedly beautiful when viewed from down, it’s the view from the top
which earns it a place on this list. Take the lift to the dome’s observation deck for sweeping views
over Budapest, punctuated by the two bell towers.

We know that it can be hard to pick the most Insta-worthy places to photograph… Join us on our Shoot Budapest Photo Tour as we explore and capture the best photo spots this incredible city has to offer!